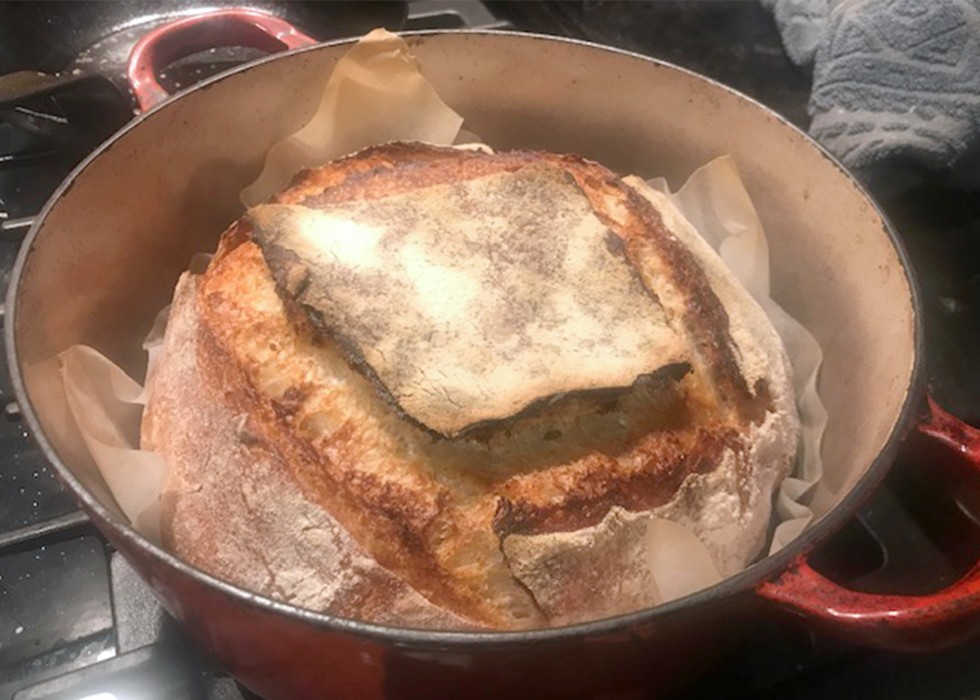 Al shares his experience with sourdough and how he came to possess (and prolong) his unique sourdough starter. A great read for both the long-time sourdough enthusiast and curious newbies alike.
Email Sent! 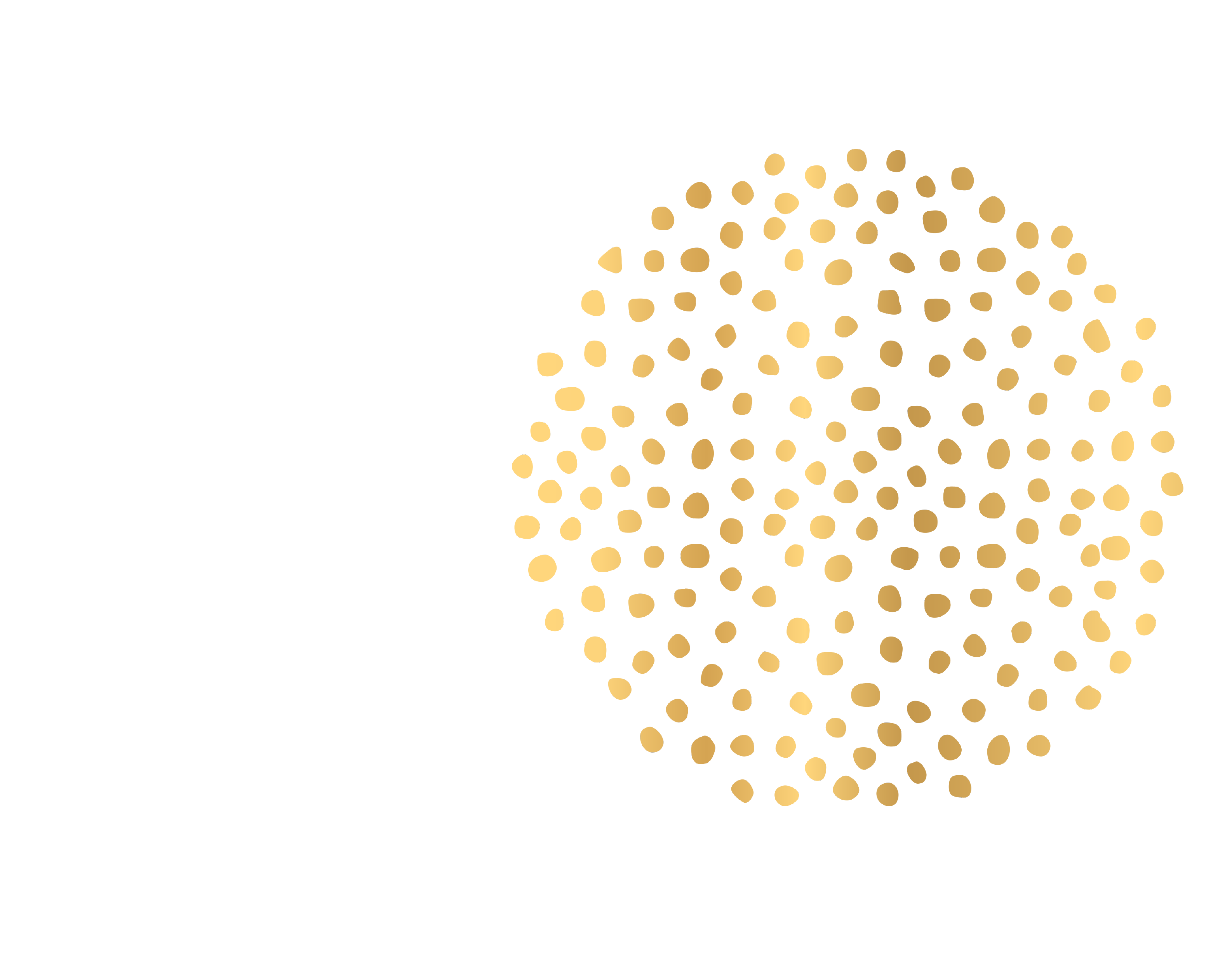 "The unique flavour of the San Francisco sourdough cannot be produced outside a 50-mile radius of the city, hence instead loaves are shipped all over the world."

The festive season and the auguring in of a new year is normally a time of great social activity and entertaining. Catching up with friends and family, perhaps not seen for some time. Being summer in the southern hemisphere it is also a time when many are making the most of the weather travelling to holiday homes or camping destinations. Situated on the tourist trail we receive lots of guests to stay, or just to provide a meal for, breaking their journey farther afield. At this time of year my oven almost never has time to cool down as I am invariably either providing for hungry guests or travellers or taking a loaf or two of sourdough bread as part of my contribution to someone else’s gathering, or as gifts.

There is just something about sourdough, perhaps it is the intrinsic link to humans historically, being one of the oldest types of bread, care of the Egyptians who accidently created it around 4000 B.C. Purportedly a piece of dough, inadvertently left in the warm, humid Nile environment was added into the new day’s dough resulting in a more voluminous and tastier bread…Or, maybe it is just that – the flavour! Whatever it is, inevitably once people start eating it the conversation orientates to the subject of sourdough, stories about successes and failures in making it or people’s desire, usually slightly fearful, to try it out, or even just keep the starter alive! How much do you feed it, how often, do you really have to discard half of it, how do you know when it is ready to use, and how do you actually use it! The stories seem to have increased exponentially since COVID when so many people finally took a chance and had a go during their various lockdown periods.

Many countries have their own version and style of sour dough bread. The name ‘sour dough’ when universally applied to this style of bread (where a starter is used) is inaccurate as it really only applies to the American version where the term was coined in reference to the particularly sour tasting bread which developed in San Francisco during the gold rush years. It became synonymous with the gold miners, as the mainstay of their diet (to such an extent that the miners themselves became known as sourdoughs). They carried their starters in wooden pails and even slept with them to keep them warm if it got too cold! The unique flavour of the San Francisco sourdough cannot be produced outside a 50-mile radius of the city, hence instead loaves are shipped all over the world. In the end a more lucrative venture than the gold rush that started it perhaps. It is all about localised bacteria and their interaction, along with climate conditions, types of flour, the baker’s hands and potentially, whether the baker is male or female!

In France, the flavour profile is much milder, there is even disapproval of the strongly sour San Franciscan style which is deemed by some as ‘incorrect’. Historically, in France the equivalent bread was associated with peasants for whom it was also a mainstay of their diet, the sourness a result of the necessity of keeping a bit of dough ‘alive’ to contribute to the next batch, rather than desire. The sour flavour deemed it ‘only fit for peasants’ hence its name – Pain de Campagne (country bread).

The development of commercially produced yeasts took much of the variability out of breadmaking to produce the consistency of volume and flavour that made bakers’ lives easier and incomes more secure. It also turned what had been a predominantly Artisan industry into an industrialised one. This tide has turned yet again as people are once more searching out speciality products, lauding the skill involved, the traditions, the hand-made aesthetic with its inherent variability and uniqueness of product.  Sour dough epitomises this - the sensitivity to conditions, ingredients and methods creating variability in textures and flavours is increasingly seen as more desirable and perhaps a little romantic – the resurgence in more recent times of the artisan (and home) baker using only natural yeasts and little mechanisation. In Belgium there is even a sour dough library created by an ex-pâtissier/baker where folk from all over the world send portions of their beloved starters to be stored and studied. A stringent application process exists, as samples need to be kept alive and refrigeration space is prime real estate. This library is not open to the public, though one may make an appointment to visit. The inmates are fed every two months or so on diets particular to their origins to preserve their individuality.

I had wondered whether my sour dough might be worthy a space here. Guests are always interested in the story of its origins on the East Cape of New Zealand from a Maori potato. As it goes a group of us had travelled to the East Cape to attend a concert in a vineyard (where yeast is used in a different manner!) and were staying with the relatives of one of our group. I was fascinated by the deliciously sweet, flavoursome bread we were provided to accompany our meals. Maori bread, baked in a cake tin, started over 50 years previously by our host’s father, from a potato, the starter then passed down through the generations, a family heirloom. It was never, ever shared outside the family I was told. When we left, I was presented with a portion of starter with strict instructions on keeping it alive. An honour! Rather daunting too. And so my sour dough journey began.

I have managed to keep it alive 20 years so far and many hundreds of loaves later. As is common amongst sour dough lovers I have portions of my valuable asset, distributed around my property as well as entrusted to other folk’s safekeeping, in various forms – in jars in fridges, in freezers, as well as dehydrated and vac-packed. I haven’t yet had to sleep with it to keep it warm although I have travelled with it on planes, ferries, in cars and on motorbikes. Often chef jobs come with the directive ‘Al, bring your sour dough’. I recently took it with me for a 5-day job on a super yacht – a far cry from ‘peasant bread’.

Over time, research and much experimentation, I have become a firm proponent of the ‘less is more’, ‘least amount of human and mechanical intervention the better’ approach to my bread making. The process is roughly as follows: mix flour and water by hand just enough to get rid of any dry flour then leave for 20 minutes. The process of autolyse takes place in which the water hydrates the flour and during this interaction gluten is formed. I then briefly (by hand again) mix in the remaining ingredients (remaining water, salt, flavours e.g. cooked potatoes, pumpkin, kumara). Instead of elongated mixing and kneading to create and develop the dough’s strength and structure I allow time and nature to take care of this while I get on with other jobs. The dough is left for an interval of about 45 minutes then given a few folds. I repeat this process 4 -5 times before shaping and leaving for the final prove before baking. Give it time and the correct temperature and dough will pretty much take care of itself, as the saying goes after all ‘bread waits for no man’!

This system worked very well for a chef I consulted with in a busy restaurant where at the time the bread was proving (excuse the pun) a consistent disaster. The dough was being made the day before it was needed, retarded overnight in the fridge to be brought out the next morning for its final prove before baking in time for lunch service. This works fine in a bakery where once the dough is in, the retarding fridges are not opened. But this was the walk-in fridge of a busy restaurant! Due to the constant comings and goings in and out of the fridge during the evening its temperature was notoriously inconsistent so that more often than not when the dough was brought out the next morning it had already overproved. The pastry chef started making the bread the day it was to be used adopting the methods of autolyse and resting, setting a timer to give it a few simple folds every 30 minutes while getting on with other prep work. This method was time and machinery-use efficient due to the reduced mixing and kneading time required while a far superior and consistent quality of bread was delivered each day on time. Oh, and a little dough was kept each day to be added to the next day’s batch to make it tastier! A nod to sour dough tradition!

I guess the inspiration that spurred me on to writing a blog about sourdough occurred during our recent Westgold food photo shoot, when after a job well done there was plenty of food to be shared accompanied by sourdough bread with lashings of Westgold butter (after all, no matter your social status, what two food items arguably work better together than bread and butter!) Long discussions were had over the merits of our variously owned starters and the seemingly limitless variation in the loaves we produced – sour, sweet umami…. No loaf is ever the same, the process, the tinkering with ingredients and the results eliciting varying degrees of pleasure and anticipation, never boring, sometimes a little frustrating and somehow quite addictive. You only need to go to the bakery section in any good book shop to see how many sourdough addicts and aficionados there are out there. If you are not already one and would like to join the ranks, there are many books to get you started. I highly recommend those by Tartine, The Bourke Street Bakery and the range by Dean Brettschneider including the title ‘New World baking: My Time in Shanghai’. Happy New year and happy baking! 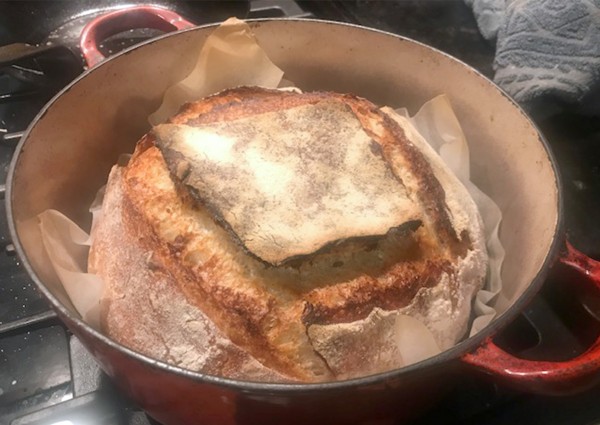 Sourdough baked in a Dutch oven - domestic and commercial ovens don’t always produce the same results as specialty baker’s ovens – one answer is to heat a Le Creuset or similarly heavy casserole dish with lid on for 20 minutes in the oven, then carefully put your proved dough into it, score it, bake it with the lid on for 20 minutes (providing the heat required to achieve the ‘jump’ which gives the desirable ‘vertical’ hole structure to the bread), then lid off for the final 20 minutes (to colour and develop the crust). 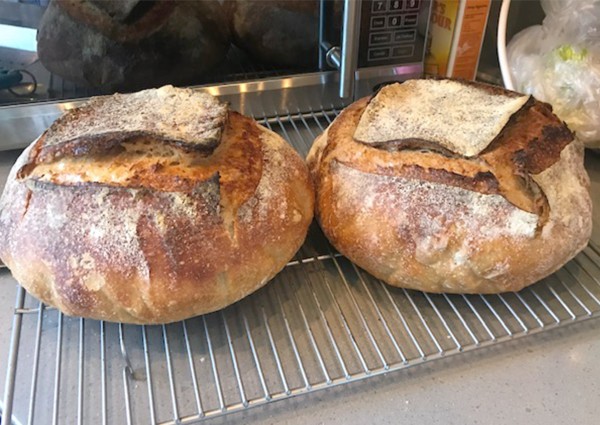 Sour dough boules - Nice ears! (Ears are the edges that are produced by making cuts (scores) in the dough with a sharp razor blade before baking. The cuts allow steam to escape preventing the bread from tearing, becoming misshapen and baking unevenly. A well-executed cut produces sharp lifted edges – and these are of course the bits that taste best still warm with lots of Westgold butter!) 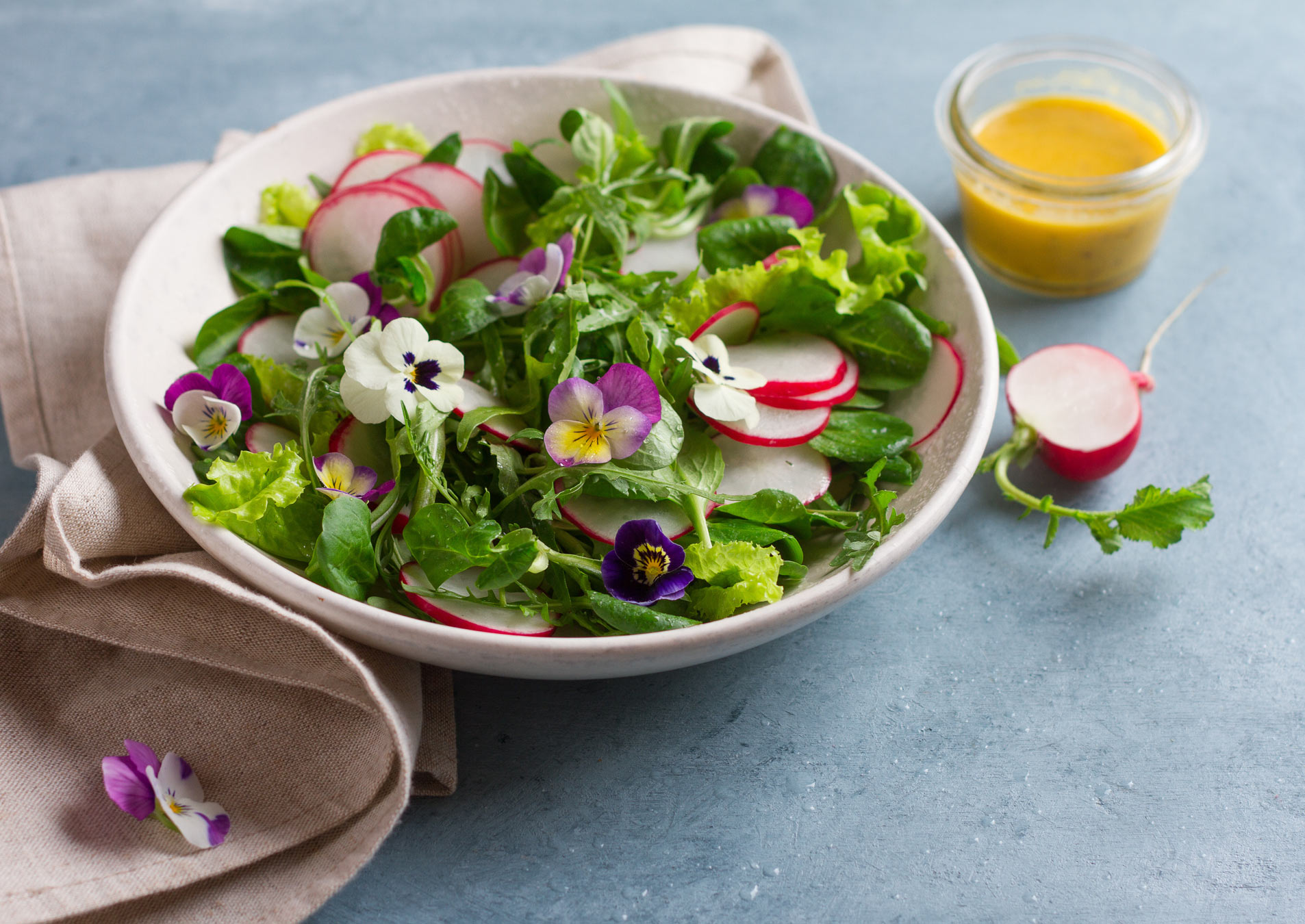