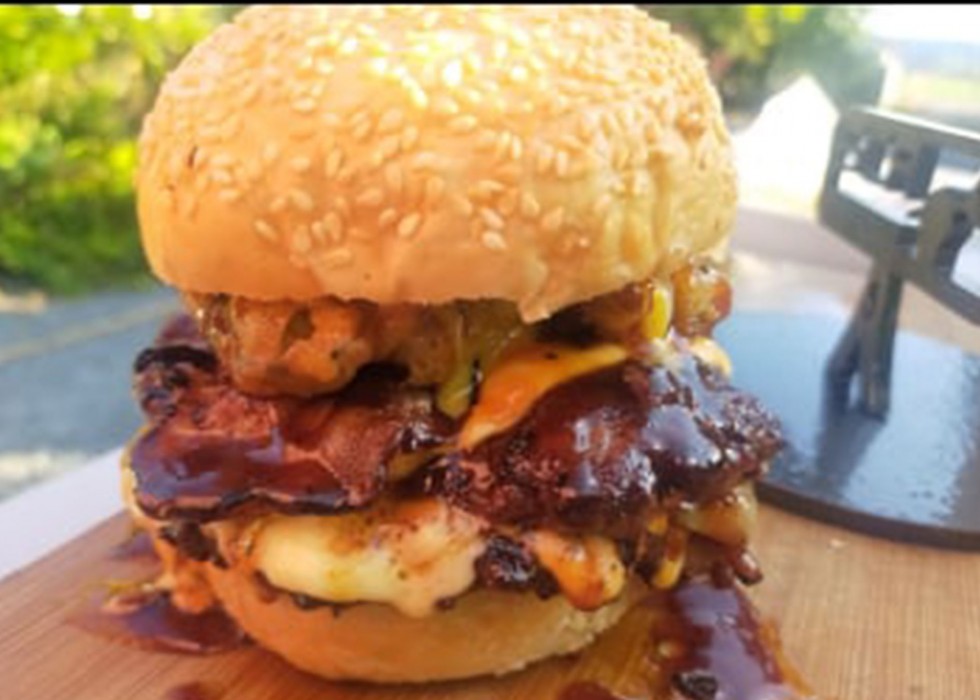 Chris takes you through everything from types of BBQs, good & bad BBQ smoke (yes, that's a thing), rubs and cooking like a pro - your next BBQ is sure to be a hit.
Email Sent!

"There are many types of barbecues / pits to choose from, so it pays to get out there and get informed, so you get what best suits your needs or desires."

If you're new to the world of wood / charcoal barbecue and want to take that next step up from gas barbecuing, then this is it. I've drafted some tips, to give you a general idea of the basics. This piece doesn’t touch on actual cooking of anything. I'm still a novice at this, but am self-taught and have taught a couple of other people since These tips are from my own experience's and what I have personally picked up from some of the pros.

There are many types of barbecues / pits to choose from, so it pays to get out there and get informed, so you get what best suits your needs or desires. These include but aren’t limited to: Kettles (ideal for the beginner), Portable Barbecues such as the Weber Go Anywhere, Drum and Vertical smokers (ideal for hanging meats), Bullet Smokers, Pellet Grills, Kamado Barbecues and my favorite - Offset Smokers which use primarily sticks (wood).

There are more types, but these are some of the common barbecues to name a few. Some are easy to use, some require a little more effort and barbecues like Offset’s require constant attention to avoid temperature fluctuations and to maintain good fire control.

Check out these tips to help you along your BBQing experience.

Charcoal - there are generally two types; Lump and Briquettes.  Lump burns super-hot, imparts more flavour onto your food but doesn’t last as long as Briquettes.  Briquettes keep a consistent temp throughout your cook, impart less flavour than Lump and last a lot longer.  With that in mind, Lump is ideal for hot and fast barbecuing whereas Briquettes are ideal for low and slow barbecuing.  There is nothing wrong with mixing both to achieve the results you’re after when barbecuing!

Wood - this is primarily where the smoke comes from when added to charcoal or on its own in an offset once you’ve established an ember bed.  From what I’ve learned, most wood from a tree that flowers, fruits or nuts are good to use.  You want to stay away from soft woods such as Pine, Macrocarpa or anything with resins as it’s not good for smoking or barbecuing food with.  Also the wood you’re using needs to be well seasoned, this can take at least a year upwards depending on what type… there are plenty of smoking woods readily available from various businesses in New Zealand.

Smoke - there is bad smoke and there is blue smoke.  Bad smoke is thick and white in color, and gives your food a nasty flavour profile, in some cases ruining what you have cooked.  This could be due to unseasoned or green wood, or poor fire management.  The blue smoke or thin smoke is barely visible to very very thin blue colored smoke, this is what you want, it complements the food depending on the wood used.  This is a result of good fire management, wood that is well seasoned and dry, and has been pre heated before being added.  Wood can be preheated by simply placing the chunks or sticks on top of the heat source. But a word of caution, the wood can catch fire if left unattended.

Temperatures - most barbecues and pits will come with a factory standard temperature gauge but generally these can in some cases be faulty, aren’t reading accurate temperatures and aren’t located where you want to be monitoring the temperature….for example at grill level where the cooking is taking place.  It pays to acquire some probes so that you can monitor accurate temps at grill level but also with a cut of meat such as Brisket or Boston Butt (Pork Shoulder) or even steak to get that perfect ‘doneness’ you’re  after.

Rubs - dry rubs are commonly used in this type of barbecuing and applied to the meat at least half an hour before cooking so that it can sweat into the meat.  This will maximize taste, texture and visual components of what is being cooked. It can even be applied to vegetables and fruit or even general cooking in the home kitchen!!

Get a chimney starter. This is a chimney looking contraption to easily ignite an amount of charcoal at the start of any cook.  Simply use it to light your coals and once all the coals are white or covered in ash, they are ready to be added to your barbecue.

Resting.  Rest cuts like steaks, briskets, pork shoulders, chickens etc. after they have finished cooking.  The bigger cuts such as briskets and shoulders you want to rest for at least an hour or two but it also pays to vent these cuts for around 5-10 mins first to ensure the cooking process has stopped. Liquids such as stocks, beers and wine or even butter can be added in the resting process to add moisture. Chickens don’t need as long a rest.  Steaks only need 10 mins depending on how thick it is.